So much can change in a year, and never is that truer than in the world of marketing. This year saw in the introduction of GDPR, a game-changing piece of legislation, as well as some ground-breaking campaigns and new emerging trends. This article will aim to showcase these as well as some of 2018’s marketing highlights and the industry’s predictions for the future.

Simply put, marketers want to acquire customers. The process for doing this has always been a funnel that takes potential customers on a journey that ends in them buying a product or using a service. Once they reach the end, the process is then over until the customer is prompted to re-engage or spend more money, in which case it starts all over again.

However, marketers in 2018 are seeing the emergence of a different model: the flywheel. This places the consumer at the centre of the process, therefore transforming them into advocates for the brand – a strategy that Hubspot describes as ‘excellent service as its own marketing strategy.’

AI isn’t necessarily new, but in 2018 it seems to be transitioning into the norm in many areas. Bots are used to communicate with website visitors, reducing admin costs and workloads, even when they are forced to hand a customer over to a real person. They are also used to gather information about users to help tailor their next visit, creating a more personal experience and improving the chances of them converting when they come back to the site for a second time.

Bots are starting to be widely used in lead management and generation, helping marketers to assess where the customer is in the buying process. They do this by integrating with social media tools like Facebook Messenger and asking and answering questions, which means  ‘you can direct customers to the right product without ever actually speaking to them,’ according to Forbes.com.

In 2016, Instagram introduced Stories as a way for people to share videos and pictures without cluttering up their pages and their followers’ feeds. These stories ‘disappear’ after 24 hours and when they were first introduced, were mostly used by individuals. However, the usefulness of temporary content (also referred to as ‘ephemeral content’) is now being recognised by brands as a fun, innovative way to interact with followers

As Kelly Hendrickson, a social media marketer at Hubspot, says, ‘The combo of a running clock and a live audience is a huge opportunity for brands to lean into quick, in-the-moment content that showcases the more light-hearted elements of their brand. Succinctness and clarity are key in content.’ Even if it doesn’t prove 100% effective, it will be gone in 24 hours leaving no lasting mark on your social media – so why not try it?

GDPR then and now

The General Data Protection Regulation, or GDPR as it is more commonly known, was, without doubt, the biggest marketing news story of the year. You will definitely have received at least one email asking you to opt into further communications, and probably far more than that. The long-term consequences of this legislation, which came into effect in May 2018, has yet to be seen. In the short term, several UK businesses have lost a huge chunk of their databases, leaving them worried about the future.

The new restrictions have also exposed some companies to fines for lack of compliance, while a handful of American companies were taken so much by surprise by the new law that they have denied access to their services in Europe rather than risking prosecution. It’s not all bad news, however. From the way GDPR was reported, you would have thought we were heading for a second Y2K – but much like that scare, this one also didn’t cause the world as we know it to end. Ultimately, in this day and age, data is incredibly valuable and making sure businesses use and store that data responsibly and ethically is definitely a good thing.

Marketing is all about creativity and, with the constant noise of the internet, you must be particularly innovative to make your message heard. Sometimes campaigns are heard for the wrong reason, like Kendall Jenner’s disastrous protest video for Pepsi, which came off as politically and culturally tone deaf.

However, when brands get it right, their marketing campaigns become news and ignite conversations that echo throughout society. One such campaign was Nike’s 30th anniversary ‘Just Do It’ announcement, which featured pro-footballer Colin Kaepernick. Kaepernick made the news in the US for refusing to stand during the national anthem before games, instead ‘taking a knee’ to protest police brutality and social injustice. The footballer was branded unpatriotic and is no longer signed to a team, making Nike’s decision to use him the face of their 30th anniversary bold and shocking. The decision has provoked outrage and vociferous support – and is, incidentally, one of the best and most effective marketing campaigns of 2018.

Technology is constantly evolving. These new technologies give marketers opportunities to communicate in fresh and exciting ways. Virtual and augmented reality are both very attractive prospects in terms of marketing, however, so far, they have lacked proper execution. Currently, Facebook 360° videos and headsets for gaming or at events seem to be the limit.

Recently, VR and AR technology have been showing up in marketing more frequently, for example, the IKEA PLACE app, which allows you to see how furniture will look in your actual house using AR technology on smartphones. Marketers have been hesitant to embrace the trend due to drawbacks such as expense and the additional equipment often required. However, this technology seems set to be a big part of 2019, so those who don’t wish to get left behind will have to adapt.

You can find out more about studying MSc Marketing at Ulster University London or Birmingham, by viewing the course page.

If you want more information about studying at Ulster University’s London or Birmingham campuses, visit our website. 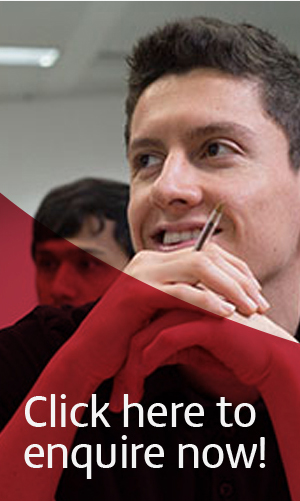